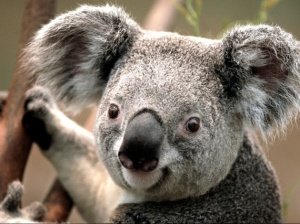 You know I named this blog “momsaidwhat” as a nod to my mom, the Captain, who is quite possibly the most straightforward, straight shootin’ human being I have ever encountered.

When she tries to sugarcoat or tactfully dress up her honest opinion, her entire posture changes; and her face contorts in a way that makes it seem as though she may have suffered a mini-stroke or some sort of viral palsy.

So, I find myself perpetually running things by the Captain for an honest opinion.  Sometimes after she responds,  I wonder why and when I became such a glutton for punishment.  It’s like I seek out the rake in the yard, anxious to step on it, only to have it kick up and blast me in the face.

You see, when you ask…You will get an honest answer.

You just better be ready to take it.

I think the Captain was really ahead of her time.  Somehow she knew this whole self-esteem movement was a big sham, and the bottom would eventually fall out.  Lead children to believe that they are THE BEST at everything, and watch them crumble when they meet a little criticism in the Land of the Adults.

I know the Captain will have no recollection of this fond childhood memory of mine, but I thought I would share it so highlight my mother’s war on inflated self-esteem…

I was in second grade, Mrs. Hrishenko’s class.  I had just come off a landmark first grade year where I didn’t miss a spelling word for the entire year.  I had developed a little swagger.

There was a creative writing contest being held at McClellan Elementary that would award prizes to the best submissions from each grade level.  The winners of the school-wide contest would then have their work submitted to a district-wide competition.  I fancied myself a shoe in.

I was sick at home from school and felt the best way to exorcise my sick was to spin a cult classic from my parents’ couch.  It was an emotional tale:  a young girl whose parents are in the throes of a nasty divorce throws herself into her writing to take her mind of her troubles at home.  After the split the lonely girl write a story a day to ease the pain.

The first day she wrote a story about a koala, the second day a tale about a family trip to the seashore, the third day a chronicle of the life of a  child star, and on, and on, and on.

I had the Captain read my chef-d’oeu·vre, my masterpiece.  I teetered on the edge of my seat waiting for the adoring praise of the most influential woman I will ever know.

“It’s alright,” she said with her face screwed like she has swallowed a rotten peanut.

I made no changes, turned it in, and got the “thank you for submitting” certificate…the booby prize.  Should have listened to the Captain and her palsy face.  It sucked.

It completely blows my mind how detached from reality our over-inflated self-esteem can lead us to be.  I meet people everyday who need credit and adoration for putting their pants on correctly, or a trophy for rinsing all the shampoo from their hair.

I’m sorry, but you just won’t get it from me.  I am self-aware with a healthy self-concept, and yes…my poop does stink.  Just ask the Captain.

In light of my need for honesty, please feel free to shoot me your comments good or bad.  I promise I can take it.