I Step in Poop, and I Move On 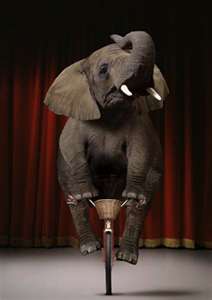 I stepped in dog poop this morning.

Actually, I didn’t exactly step in it, I stepped kind of on it; realized halfway through what I was about to do; kicked it around; semi-slid in it; and then stepped firmly in one of the poop fragments I had kicked loose my first go-around.

I was running, of all things, a bit ahead of schedule and had hoped to land a quick pre-work errand at the post office.  Of course, the post office was closed, leaving me no less ahead of the game and with a tennis shoe–lots of tread—caked in fresh dog doo.

I know you’ve all done it, so I don’t have to explain the revulsion at the moment of impact.  I believe that all of humankind shares the same reaction to stepping in dog poop.  It’s the very definition of disgusting.  It forces “the stepper” through a chain of emotions:  disgust, shame, anger, resolve.

Personally, I tend to make a quick transition from disgust to shame, immediately looking around to see if I have an audience.  This time the shame was substantial, in direct proportion to the size of the dog pile in question.  If I didn’t know better, I’d think that a circus elephant was running amuck on the South Side of Pittsburgh.

It blows my mind that a person walking a beast capable of such large scale waste would so ignorantly leave it in the middle of a high traffic city sidewalk.  I’m thinking that policy needs to be changed here.  A dog that large should legally be required to:

a.)    Be fitted with one of those poop catching bags often used on Clydesdales and carriage horses

b.)  Be chaperoned by a professional scooper like the guys with the shovels in the annual St. Patty’s parade.

The thing about stepping in dog poop in the city is that it is extremely difficult to get your shoe clean.  It can be a real challenge to find a grassy spot and/or a stick to tidy things up.  In a pinch, I repeatedly and discreetly slid off the side of the curb, trying desperately to hide my predicament from the watchful eye of the public.

Shame turned to anger as I looked at the bottom of my shoe after about 30 slides off the curb, and found my efforts were in vain.  I had only succeeded in further lodging the mess in the treads of my tennis shoes.

Now I was running late in shitty shoes; shitty shoes that needed to get into my clean-ish car for the morning commute.  If, at that moment I had been licensed to carry a firearm such as a muzzleloader, I’d have been hunting circus elephants and their owners.

Because I hold no such permits and, by this point, would not likely pass a necessary mental competency evaluation to do so, I decided a shift in perspective was necessary.  I found my resolve.

I made a quick executive decision to walk across the bridge to my downtown office, giving myself ample opportunity to extract the poo from my shoes.  I dragged, spun, and slid myself free of poop, tread, and disgust, and carried about my day clean of shoe and mind.

Here’s to not being licensed to carry a weapon.  God save the elephants…and their ignorant owners.

2 Responses to I Step in Poop, and I Move On